Poll: Who is Paris' REAL Auntie?

We've been getting intense out here on the Fire Escape lately, so let's lighten things up with a quick poll. Which of these two women looks more like she's related to Paris Bennett of American Idol? Looking beyond race to the face, my husband thinks the young crooner looks and smiles like a seventeen-year-old version of me. My sons say "no way, Mom, you're not black," and think Harpo Productions may have found a successor for their Queen. 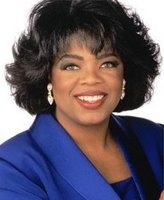 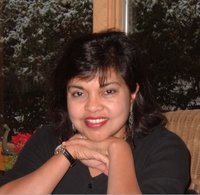 Speaking of racial resemblances, in our travels overseas, I started noticing that Asians and Africans seemed to discern the differences between our identical twins sooner than most Americans and started calling them by their names earlier. Based on these completely unscientific observations, I've formulated a strange hypothesis that makes my husband say, "don't go there, honey." Here it is.

The American brain in a majority-white context tends to rely first on hair color and eye color to sort out faces. In Asian countries, parts of Latin America, and African villages, people tend to rely on first on features to sort out faces. If everybody around you has black hair and brown eyes, your brain notices the shapes of lips, noses, cheeks, etc. to recognize and remember. (Perhaps this explains why I've been told that I look EXACTLY like someone's Indian doctor, or friend, or neighbor down the street, but when we "lookalikes" are introduced we perceive little or no resemblance to each other than the fact that we're both South Asian women with roundish faces).

So Paris, if you get booted off American idol, remember that Auntie Oprah can make you rich and famous, but Auntie Mitali can spend hours discussing odd, unproven theories about race and culture. Hmmmm ... I wonder who she'll pick?