Six Questions To Ask About A Story: #4

Here's the next installment in the Fire Escape's summer series of six questions to ask about a book.

Question Four: Who are the people affecting change in the story?

The book or flick might be set in another country or feature characters who aren't white, but are the problems solved by a Great White Knight or Messianic Foreigner? 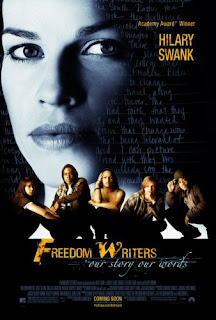 Or, once again, as we wondered when we asked Question #1, is there a Magic Negro who saves the day?