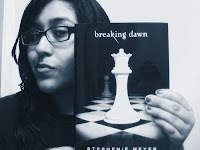 Leonard Sax, author of Why Gender Matters and Boys Adrift: The Five Factors Driving the Growing Epidemic of Unmotivated Boys and Underachieving Young Men, opines in the Washington Post about the fascination with Stephenie Meyers' bestselling novels. Sax argues that this widespread teen girl fixation on Bella's fate underscores the failure of our generation to change what is basic:

For more than three decades, political correctness has required that educators and parents pretend that gender doesn't really matter. The results of that policy are upon us: a growing cohort of young men who spend many hours each week playing video games and looking at pornography online, while their sisters and friends dream of gentle werewolves who are content to cuddle with them and dazzling vampires who will protect them from danger. In other words, ignoring gender differences is contributing to a growing gender divide.

His description of the symptoms in youth culture may be accurate, but is their cause an expression of gender differences (as he argues) or simply this generation's rebellion against an adult agenda? I'm also wondering about the reaction to the books among teens with roots in other cultures, especially those relatively untouched by Western-style feminism. How do Muslim girls, for example, respond to Meyer's trilogy?