We at readergirlz are thrilled to announce that YA author Holly Cupala has been appointed as our newest DIVA (the other four are Justina Chen Headley, Dia Calhoun, Lorie Ann Grover, and me).

Holly's debut novel, tentatively titled A Light That Never Goes Out, was sold to HarperCollins in a two-book deal. She won a 2006 SCBWI Work-in-Progress Grant, which helped her to finish the book. (BTW, I just renewed my membership in SCBWI, the planet's most helpful and non-negotiable association for children's book writers and illustrators.)

Holly lives in Seattle, where she's already been serving steadily with readergirlz (she designed the brilliant logo above, for example), and she blogs at Brimstone Soup. 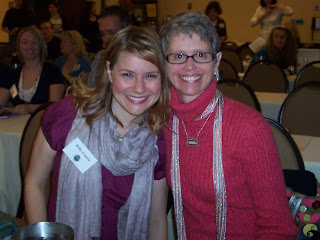 But I must share my favorite between-cultures photo of Holly, because we had a virtual consultation from East Coast to West about the pleating and folding of her party outfit, a gift from her in-laws. Apparently an on-the-spot South Asian stranger in an elevator totally trumped my e-mailed lesson, but who cares? The end result was fabulous. 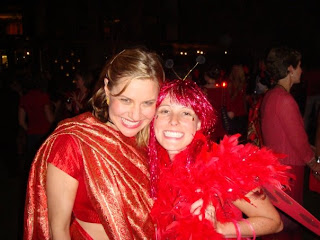