Sites for the Statistically Savvy 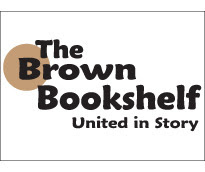 Given these startling statistics, I thought it would be timely to remind my Fire Escape visitors of four great sites to bookmark: