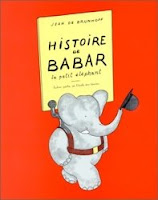 Last week, I asked visitors to the Fire Escape when, if ever, it would be okay to update a classic children's book to reflect changing mores about race. The results (152 votes) were almost equally split between those who thought some changes might be in order, while the rest arguing that a book must stand as is.

Where do I weigh in? I was in the "let the author do it" camp until this discussion, because I made changes to one of my own books. But I'm surprised to find myself shifting into the "never" camp, albeit cautiously.

It's worth a read through the comments to understand the "never" camp's arguments. Part is aimed at those of us who write, because all authorial cheeks burn while re-reading our earlier work. Do we have the guts to let mistakes stand, own them, and even discuss them publicly as part of our call to mentor the next generation of storytellers? Maybe a "what I wish I could change" or "using my book as discussion" section should be a standard feature of an author's website (featuring those books out of print, for those earning our rice from writing.) No matter how much an author wants to retain control over a story, once it begins the dialectical dance with a reader, it's out of our hands. Our primary job is to focus on telling the next story while we have breath.

The remaining bits of the "never" argument boil down to a call to shepherd a child through books from the past so that she can enjoy and learn from them. That's what I attempted as teacher and parent. But did I succeed? I'm not sure. No matter how large or small an adult gatekeeper looms in the background, ultimately the meaning and message stays between a particular child and that story.

Here's where the caution comes in. Keeping my eye on the margins, I have to re-post the video "A Girl Like Me," a 7-minute exploration of girls and skin color written and directed by a sixteen-year-old filmmaker, Kiri Davis, and produced by Media Matters. As you watch, remember that the children choosing the dolls aren't much older than six or seven. They live in supportive communities in Los Angeles, California. How did they already internalize the message "dark skin = bad" and "light skin = good?"

Creators and packagers of children's stories, whether in film or in print, must strive to be aware of the messages we're endorsing consciously and subconsciously. Nobody wants to be didactic these days, but all stories are laced with values. It's the nature of the beast.

(Postcript about Babar: In Alison Lurie's December 16, 2004 article in The New York Review of Books, The Royal Family, she wrote that "Laurent de Brunhoff has regretted his early drawings of African 'savages'; he decided years ago that Babar's Picnic will never be reprinted.")