Party Day at ALA

Thought I'd share some snippets and snapshots of my whirlwind day at the American Library Association's Midwinter Meeting in Boston last Saturday. 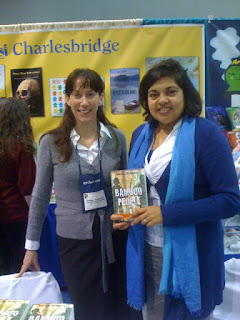 Donna Spurlock of Charlesbridge met me at the booth with 100 advance review copies of Bamboo People, coming July 1, 2010. I signed, and thanks mostly to Twitter and Facebook friends, all  the ARCs were gone by the end of the hour—a first for me. 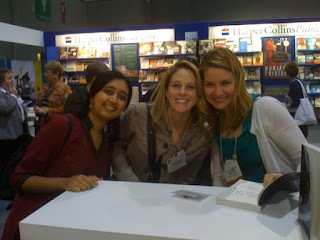 Ran into friends everywhere on the exhibit floor, including Anindita Basu Sempere, Edith Cohn, and readergirlz Diva Holly Cupala, who signed an ARC of Tell Me A Secret, coming June 2010 from HarperTeen. 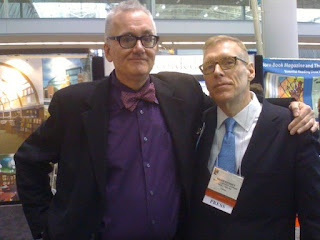 Just before my "Five Questions For ..." interview with Roger Sutton (on the left) of the Horn Book, we ran into Brian Kenney, editor-in-chief of School Library Journal and Publisher's Weekly. 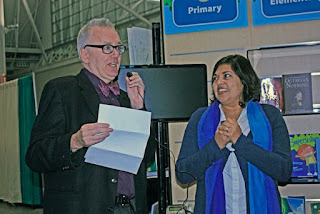 "Do you like the label 'multicultural', Mitali?" Roger asked. "Has it helped or limited you? Oh, and does social media sell books?" No idea how I answered, but I hope it sounded coherent. (Photo courtesy of Judith Jango-Cohen.) 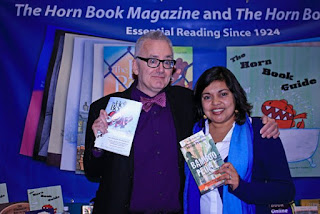 I was relieved to be done. Roger asked great questions and the hospitality at the Horn Book / Junior Library Guild corner of the exhibit floor was superb. Here we are showing off our product babies. (Photo courtesy of Judith Jango-Cohen.) 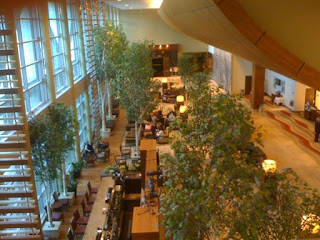 After a lovely lunch with Françoise Bui, my editor at Delacorte who shepherded both Monsoon Summer and Secret Keeper, I spied out the venue of the ALA Kid/YA Lit Tweetup set for four o'clock that afternoon. 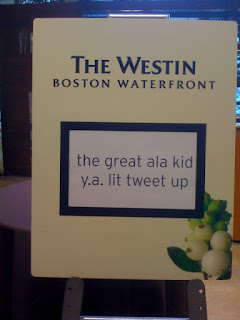 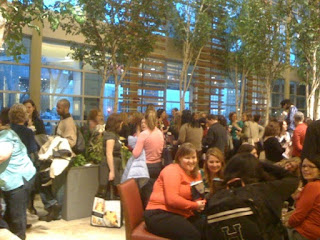 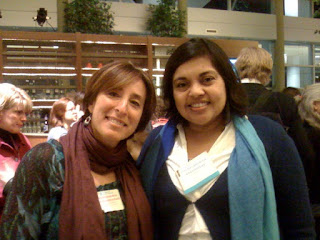 Co-organizer Deborah Sloan and I were relieved as people arrived and jumped into the spirit of the event, chatting, mingling, and talking Kid/YA books. 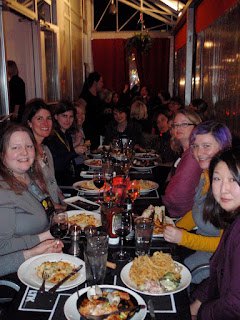 After the tweetup, Charlesbridge hosted a lovely celebratory dinner for Bamboo People at the Legal Seafood Test Kitchen, inviting some of the premier bloggers in the kidlitosphere.