A Chat with Holly Cupala, author of TELL ME A SECRET 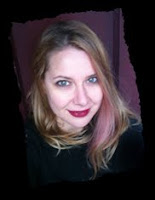 It's a joy to discover a YA novel in which an author has introduced a diversity of characters thoughtfully and proactively. TELL ME A SECRET (HarperCollins)—a tenderly told bildungsroman about forgiveness in a Seattle family defined by secrets and grief—fits the bill.


Namaste, Holly! So glad to have you here on the Fire Escape! Let's start with the journey of getting the novel published. What was a high point? A low point?
There have been many high points along the way—just being on the shelf after a long journey is a miracle in itself, and meeting so many lovely people along the way. A low point…probably how very, very hard I was on myself through the writing process. I even created a separate document in which to pour all of the scathing thoughts I had. I wouldn’t dare open it now, like Pandora’s Box. The SCBWI Work-In-Progress Grant was a lifeline. After I finished, I could see how much power I’d been giving those thoughts. Lies, really! The second novel was so much easier.

What was one big change you made in response to your editor’s suggestion?
I cut about ten thousand words! My wonderful editor, Catherine Onder, had said from the beginning that she thought the story arc was sound and we just needed to speed up the pace. Of course, this sent me into a tailspin of terror, despite her assurances. What do they call it, when you expect the worst and reality turns out to be not-so-bad…? Her letter was quite nice, and very doable. I would get to a place where she had written, “I don’t understand what you’re saying here.” I’d read it over, and I didn’t understand, either! So I would cut, cut, cut. We also clarified some of the issues between Miranda and Kamran and honed a lot of the details.

I loved how you included characters like Kamran and Shelly, describing race and ethnicity with such deft writing. Can you describe some challenges you faced in creating multicultural characters in TELL ME A SECRET? How did you resolve them?
My hope was always to portray a wide range of characters in the most honest way possible in the context of the story. Sometimes that meant hinting at ugly attitudes—for instance, the mother blames the Latino boyfriend for her older daughter’s death and makes prejudiced remarks. Miranda dates Kamran, a Persian boy, partly in the hopes that they will have some of the same con leche that defined her sister’s relationship. Her greatest mentor ends up being quite the opposite of her racially and culturally, though they share key bonds.

A subtle arc in the story is the shifting of the family’s ideas. I was in the middle of revisions when the cover controversies exploded and brought race in YA to the fore—which made me all the more nervous to tackle the subject. But many fruitful discussions came out of that. I wanted so much to write these characters with love and respect, and the dialogue with you (thank you, Mitali!) and on Chasing Ray and other blogs were incredibly enlightening. It also helps that I am married to a devastatingly handsome American-born half-Parsi, half-South Indian who consulted on some of the particulars!


You're very welcome. It meant a lot to be asked for input as you were writing this novel. One last frivolous, fashion-related question: Have you ever made, seen, or worn a safety-pin dress as described in the novel?
Ahhh! I’m so happy you asked! Xanda’s safety-pin dress was inspired by this amazing razor blade dress, worn by Blondie’s Debbie Harry, that I saw in Seattle’s Experience Music Project museum years ago. There’s definitely something Blondie or Courtney Love-ish about Xanda, so the dress just popped out of the subconscious. I tried to make one (unsuccessfully)…then called upon my costume designer sister to help me. It turned out to be an even more painstaking process than I imagined—she and my niece have assembled a safety-pin cami so far. Maybe someday they will let me wear it…


Thank you so much for visiting, Holly, and for (1) including multicultural characters in your novel, (2) taking the time and thought needed to write about race and diversity, and (3) writing a sensitive coming-of-age novel that ends with hope and grace.
Get a taste of Holly's ability to create unforgettable characters by reading a two-chapter preview of the novel at Vermont College's journal Hunger Mountain.

This TELL ME A SECRET tour includes prizes awarded each week for blog comments – signed books, t-shirts, music, journals, gift cards, and more! So comment here or on any of her other stops this week, including tomorrow's destination, Green Bean Teen Queen. Here are the official tour contest entry rules: