What Teachers See In My Novel

Primary Source is hosting a global read of Bamboo People this week involving 90+ educators and students. I'm tuning in every now and then before my official live appearance on Wednesday from 3-4 p.m. EST (register here if you're interested in joining us). I've been absolutely fascinated by the deep insights and responses to my novel. Here's an example of one of the questions posed in the forum followed by answers from six different educators.

What significance did Chiko's glasses play throughout the book? 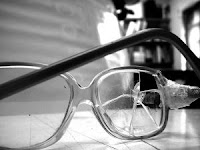 It's humbling--and a bit eerie--to realize that much of the symbolism seen in my novel by these observant teachers was not consciously intentional on my part. More evidence that stories are penned by heart as well as mind, and then enriched and illuminated by the reader's eyes.