Andrew Karre on Editing in the "YA Boom" Era 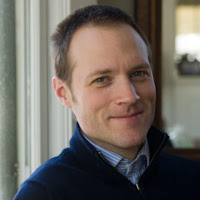 Yesterday on Twitter, I shared a link to an article in the Guardian about a "new" trend in publishing — a genre of books labeled for "New Adults," a.k.a. readers aged 14-35. Andrew Karre, editorial director of Carolrhoda books, responded with a one-word tweet: "Preposterous." Intrigued, I invited him out to the Fire Escape to explain.


Could you tell us why you think setting up a "New Adult" label is nuts?

It’s nuts because I think it’s a backwards way to make art. Allow me to elaborate further after I answer your last question.


Why do you think the YA genre has boomed recently?

A number of factors have pushed the boom in the past decade. Bear in mind, this is driven more by anecdotal observation and hunch than anything else. I’d actually love to hear somebody who was closer to the action take on the question.

How (if at all) has this boom affected your editorial style?

Insofar as the fact of the YA boom has allowed me to have the job I do, it’s affected my editorial style. If publishers hadn’t wanted to add YA lists over the last decade, I’d be doing something entirely different in all likelihood.

Beyond that, though, my style is more inward facing than it is outward looking. Adolescence as a cultural phenomenon is endlessly interesting to me. I see teenage stories everywhere—ask my wife. I firmly believe we--late modern humans--created the teenage years and that those years are one of a handful of roughly universal and largely public experiences humans have in western culture. And I think this makes it a very good subject for art (in much the same way war, parenthood, falling in love, and dying are great subjects for art). This is why I say I think YA is a genre about adolescence rather than a product category for adolescents. The first thing this frees me from is answering the unanswerable question: “What do teens want?” In fact, that teenagers read the majority of YA is kind of coincidental to my editorial style, to be honest. I love teenagers dearly, but I make books for readers, first and foremost. (I get away with it because most teenagers are as curious about themselves as I am about them.) In my utopia, there is no YA section, and authors don’t self-identify as YA novelists, but there are tons of YA novels. I don’t think this is the only approach to YA, the right approach to YA, or even the best. But it’s mine and I’m fond of it.*

So, what does this have to do with "New Adult"? My (admittedly meager) understanding of what’s meant by “new adult” is that it’s an audience description (I’ve seen 14-35, and that is preposterous)—something akin to a TV demographic. This is a great way to sell advertising (I guess), but I think it’s a s***** way to make art. For me, genres are campfires around which artists gather, not ways of understanding an audience for art or entertainment. I think there easily could be a bonfire to be built around the shifting definition of adulthood. I think that’s a real cultural phenomenon, but it needs to come from the writers not the marketers.

* One big caveat: I think it’s important to push myself into less comfortable places as an editor, so it’s not hard to find inconsistencies with this approach among the ostensibly YA books I’ve edited. No Crystal Stair, for example, doesn’t fit neatly into any of the foregoing. It’s just a great book that was a joy to publish.

Thanks, Andrew! As a writer, I resonated with this statement: "The first thing this frees me from is answering the unanswerable question: 'What do teens want?' ... I love teenagers dearly, but I make books for readers, first and foremost.” Fellow writers, check out Carolrhoda's submission policy.