I'm delighted to announce the winner of the 11th annual Mitali's Fire Escape Teens Between Cultures Poetry Contest. In the past, I've award three prizes (first, second, third), but last year I decided to pick only one and I'm doing the same this year. This made judging the contest harder than ever. After a long decision-making process, please enjoy the 2013 Fire Escape Teens Between Cultures Poetry Contest winner. 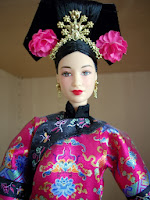 I grew up in the Midwest
Where oceans of gold-streaked cornfields
Swayed under the sun
And skies stretched like weary skin,
Wrinkled with seasons.

The Midwest grew recessive eyes
Almost as easily as it grew corn.
Among the fair-haired, blue-eyed children,
I was always a stranger, an alien –
A creature of far-away origins.
I could never be one of them.

We were separated by something
I could not quite understand then.
It was not so much that strangers questioned
My dark hair and epicanthic folds
And the slight lilt of my tongue.

It was more because
My parents carried a thousand years of forgotten names:
Ancestors from ancient Asia’s silk scrolls and dust cities
Came to haunt me in our common memory,
Lingering traces in the wirings of our thoughts,
Burdens, maybe, both curses and gifts.

Inevitably, burdens became my legacy:
Beautiful histories no one could remember,
A language of four thousand dusty characters
Whose limbs changed every five centuries or so,
Wars and kingdoms and Confucius –

One summer I grew an invisible third eye
And I sat in the dark,
Sipping otherworldly memories like jasmine tea.
I carried English words like they were my own –
But in the dark,
Strange emotions danced footprints across my heart.
I tangled two languages together trying to explain them.
But I could not.

On growing up between cultures

The hardest thing about balancing two cultures is figuring out how to incorporate both cultures into part of my identity. I'm very proud of my Chinese-American identity, but I constantly ask myself what I can do to better become both halves of my identity. I want to be as authentically American as possible, and I also want to be as authentically Chinese as possible. I want to feel like I really am a part of both cultures. How does one be completely two cultures? The best thing about balancing two cultures is the ability to flow between the two and understand the culture of both. I'm an example of the "tossed salad" (not "melting pot") American kid.