OPEN MIC: RIFFS ON LIFE BETWEEN CULTURES IN TEN VOICES Now in Paperback!

I'm excited to announce that Candlewick Press has just released the paperback version of OPEN MIC: RIFFS ON LIFE BETWEEN CULTURES IN TEN VOICES! 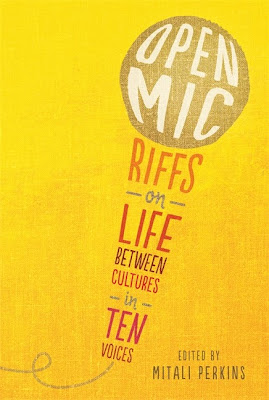 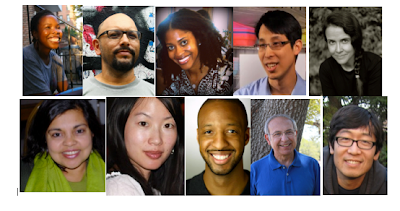 Listen in as ten YA authors—some familiar, some new—use their own brand of humor to share their stories about growing up between cultures. This collection of fiction and nonfiction embraces a mix of styles as diverse as their authors, from laugh-out-loud funny to wry, ironic, or poignant, in prose, poetry, and comic form. With contributions by Cherry Cheva, Varian Johnson, Naomi Shihab Nye, Mitali Perkins, Olugbemisola Rhuday-Perkovich, Debby Rigaud, Francisco X. Stork, Gene Luen Yang, and David Yoo.

"Open Mic: Riffs On Life Between Cultures in Ten Voices" by Mitali Perkins, created by Ali, a student at The Bubbler.

"[Open Mic] will leave readers thinking about the ways that humor can be a survival tool in a world that tends to put people in boxes." — Publishers Weekly


"Teachers will find some powerful material here about how the young can become discomfited and find solace in their multifaceted cultural communities." — School Library Journal


"...David Yoo’s excellent 'Becoming Henry Lee' is the one that will probably elicit the most laughs. But all invite sometimes rueful smiles or chuckles of recognition. And all demonstrate that in the specific we find the universal, and that borders are meant to be breached." — ALA Booklist